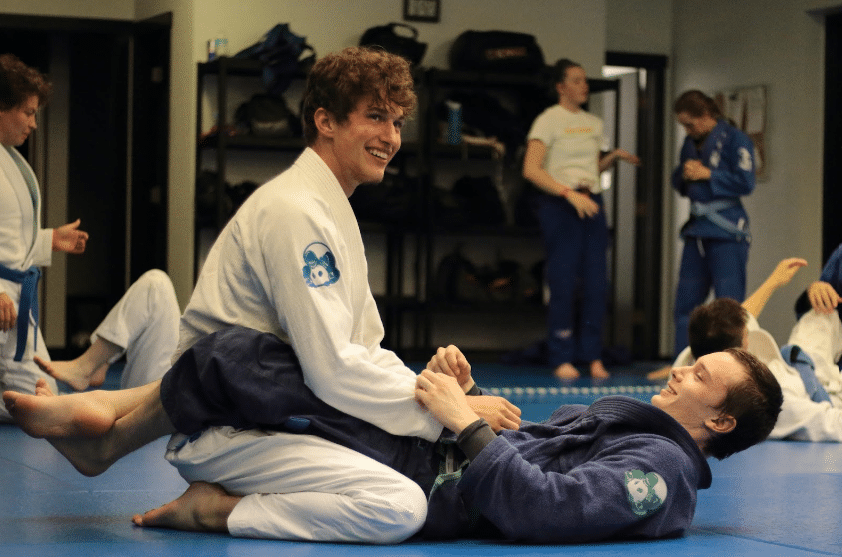 Why Brazilian Jiu Jitsu is the Best Martial Art for You

Why Brazilian Jiu Jitsu is the Best Martial Art for You

Brazilian jiu jitsu (BJJ) benefits people from every walk of life. It is the best martial art for street defense due to many factors. It is effective against larger, stronger opponents. BJJ also gives you the control necessary to inflict only as much damage as the situation calls for. Here we’ll discuss this and more when describing how BJJ is unlike other martial arts.

Just about every martial art will help you and your child develop mentally, emotionally and physically. A martial art program’s cornerstone is respect. Training also gives people of all ages a great physical work out. It refines fine motor skills, and strengthens bodies. Here is a more comprehensive list of what martial arts will do for you and your young person.

Brazilian jiu jitsu offers some distinct advantages. BJJ offers a non-striking more peaceful alternative to other martial arts. BJJ is prolific around the world. Its popularity is not a fad; it is and has been here since 1914. It has gained popularity because of the stunning upsets in Ultimate Fighting Championship (UFC) and its impressive record in the world of Mixed Martial Arts (MMA). BJJ is not based on power or size. The martial art of Brazilian jiu jitsu was developed by individuals who were neither big nor strong that being said it has been refined to give the smaller weaker individual the skills and knowledge to address the bigger and more powerful adversary. (Helio Gracie History of BJJ link) BJJ is here to stay, because BJJ is based on the application of techniques not raw power, it will always have the distinction of being the best martial arts for self defense. Even cooler than that is it continues to evolve.

In BJJ there are techniques but they are not katas (a Japanese word, meaning detailed choreographed patterns of movements practiced either solo or in pairs.) preformed one and only one way. BJJ is pieces and parts (techniques) which can be chained in a multitude of sequences. Allowing an individual to develop their own unique style.

BJJ is just as mentally driven as it is physically. As you learn techniques you will begin to see chains where another move can be implemented based on how your opponent reacts. You are calculating and drawing the opponent into your game. This requires mental acuity, focus and thought. We like to identify BJJ as “human chess”.

What else does BJJ offer that other martial arts do not?

When we talk about self defense we think of blocking, hitting and kicking. BJJ offers a non-striking more peaceful alternative to the latter. BJJ is not about brute force or a one punch victory. In BJJ, you learn distance control until the defender is ready to allow the adversary in.

And this is when it gets cool. The BJJ martial artist is taught how to grapple, effectively removing the dangerous weapons of the opponent’s fists and feet. Once the adversary is controlled, the BJJ martial artist begins to isolate limbs and submit their opponent. Jiu jitsu translates loosely to the “gentle way”.

Three unique difference with BJJ vs traditional martial arts are

The amount of techniques in BJJ is so extraordinary that it takes more time than most martial arts to achieve a black belt. In the martial arts world the BJJ purple belt, which can’t be achieved until the student is 16 years old, is equivalent to the black belt of many martial arts.

The application of BJJ is completely different. We do not punch or kick, we control and submit through chokes and joint locks. Training for BJJ is not static. We practice in a safe and controlled environment, directly with multiple partners of varying size and capability. This means you’re learning how to apply techniques directly on other students and coaches. These differences make BJJ one of the most unique and the most effective martial arts for children and adults alike.